How Often Should I Patch?

The short version: “It varies”.

“Have you applies the latest security fixes from your operating system vendor to your machines?” I asked, trying to a learn a little more about Fred’s security posture.

Fred replies with hesitation, “We apply security patches every three months. The last time we deployed fixes was … um … two-and-a-half months ago.”

Applying operating system patches to a system reduces the known risk associated with the operating system to zero, but that known risk starts increasing the moment the system finishes it’s final post-patch reboot. The risk might increase very quickly or very slowly, but the increase in risk looks something like … 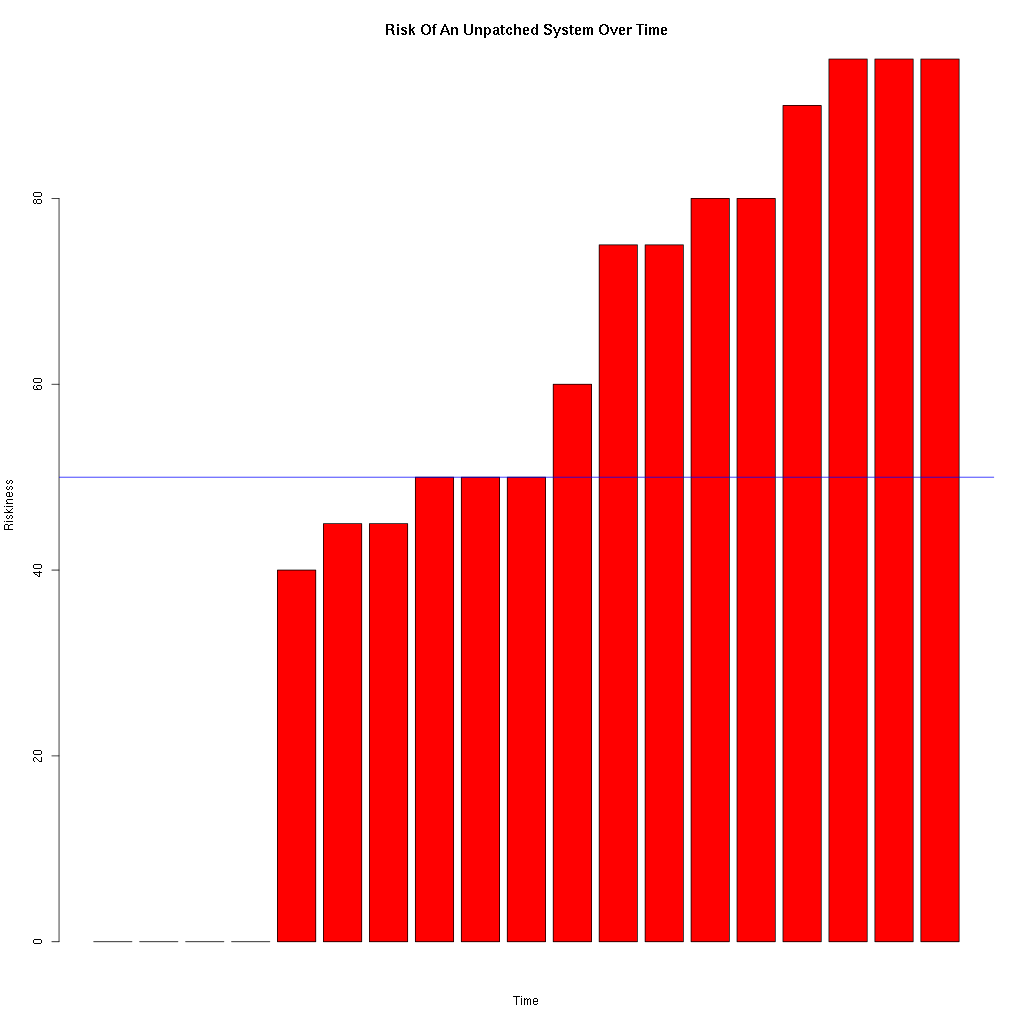 As an example, a patch that fixes a privilege escalation vulnerability that requires an authenticated account to work with can be assessed as being very low risk for a server that is not widely available (i.e. no Internet access). Whereas the risk assessment for a server that is open to the Internet, and has a very large number of accounts that can authenticate, should be very high.

However carrying out a full risk assessment for each server on the network, and for each patch that is released would be exceptionally expensive.

Looking at how long N can be, there is no value of N that is safe. Even if you patch every day, there is still a small window of opportunity when an attacker may succeed. All we can do is reduce the risk.

This entry was posted in General and tagged Patching, Risk. Bookmark the permalink.