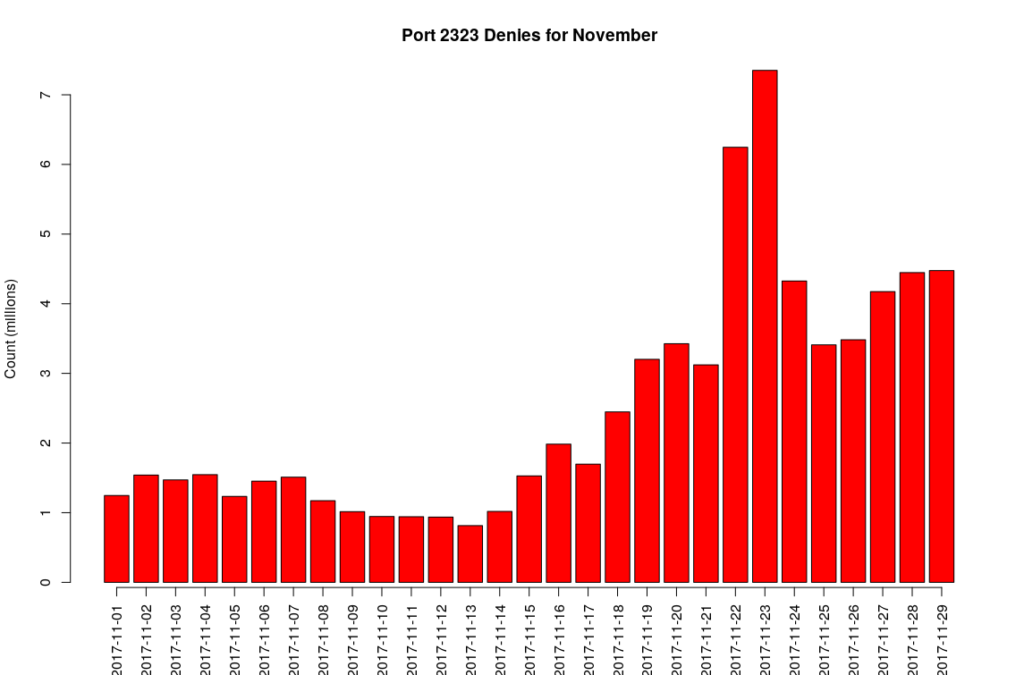 There is indeed a big increase on the 22nd when the new malware was released, but interestingly enough, there is also a big increase in the week before, indicating that perhaps the new Mirai variant was released earlier than the researchers identified.

As a comparison, the same graph for tcp/22 – ssh, and a very heavily probed port looks like :- 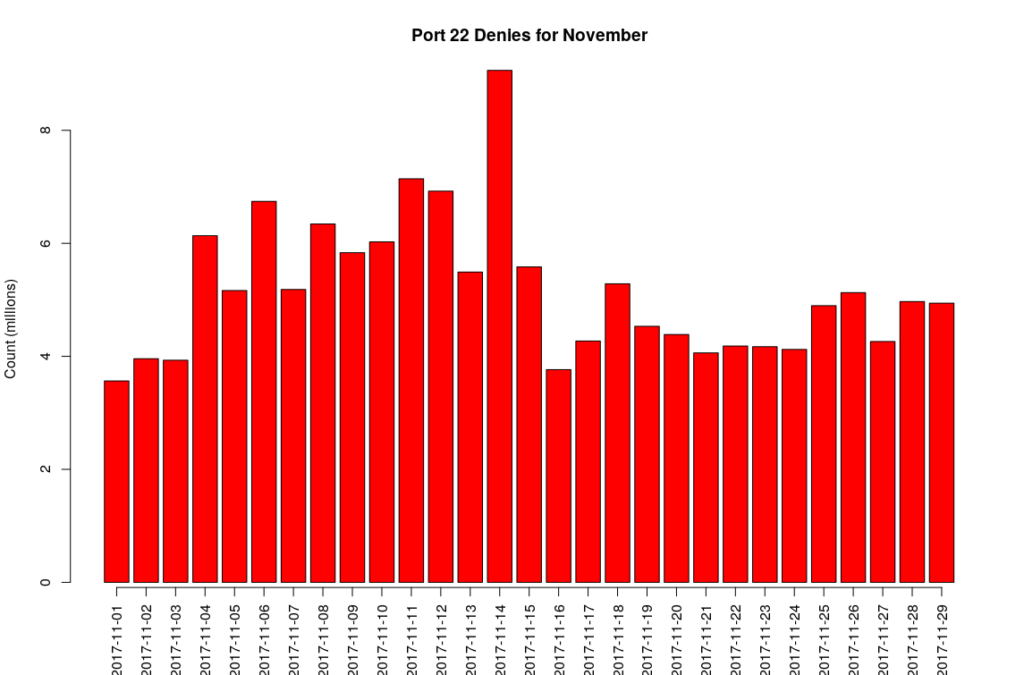 This entry was posted in Active Attacks, Technical and tagged Mirai, SSH. Bookmark the permalink.